Eczema is a kind of common allergic inflammatory dermatosis. It is divided into three kinds :acute, subacute and chronic. Its clinical  characteristics are itching on the affected part, the polymorphic skin lesion and frequent recurrences. It can attack people, male or female, at any age and any part of the body.

Eczema is called jin yin chuang (suppurative ulcerous lesion) in the classics. The six external evils are external causes and spleen dampness is its primary internal cause. Blood heat and wind heat are secondary causes. Spleen dampness is a morbid state marked by accumulation or retention of water, Dampness or Phlegm due to decline or disturbance of the Spleen’s transforming and transporting effects. as it is mostly caused by spleen deficiency, it is also known as Spleen deficiency producing Dampness.

Transformation of Body fluid into sweat mainly depends on the dispersive effect of the Lung Qi, while that into urine on the steaming effect of the Kidney. Thus, functional decline of the Lung or Kidney, especially that of the Kidney, serves as the main cause of the retention of water.
As an allergic dematitis, the specific allergen (according to modern western medicine) is hard to identify. However, it is believed that certain foods, intestinal parasites, infectious lesions, and spontaneous sensitivity or even cold weather, wind, heat, sunlight, and certain plants can cause this condition. Eczema may also be related to the individual constitution and functional impairment of the nervous system.

Individuals with eczema or damp heat related skin conditions are to avoid beef, mutton, seafood, including fish, spicy foods and alcohol. These food substances may cause flare ups of the eczema. Over eating and over drinking, or intake of excessive food constantly will exceed the digesting and absorbing ability of the Spleen, causing food retention and impairment of the Spleen and the Stomach. Since the infant’s Spleen and Stomach are weaker than the adult’s, such diseases affect the infants frequently. Long term stagnancy of food in the body may transform into Heat, and impairment by cold or cool food may cause accumulation of Dampness. Excessive Dampness will result in the liquid being steamed up to the surface of the skin. 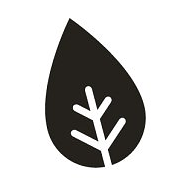