Established in 1985, The Jamu Shop offers traditional remedies derived from the established knowledge of Jamu and TCM (Traditional Chinese Medicine)

From the Spice Islands of Indonesia, through the vast empire of China, to the mountains of India, we long to usher in holistic remedies that address the elements of physical tensions we face through our hectic lifestyles, radical environment and hapless diet. Remedies include those for skin problems as well as other common ailments.

These special formulations and treatments, rooted deep in a century of knowledge and quality, provide for the basis of our traditional healing systems. By practicing these ancestral secrets we balance the body, comfort the mind and free the spirit. More importantly, we urged every reader to exercise restraint in food and lifestyle habits. Preventive measures taken early is the best medicine. No product can replace the self healing mechanism of the body. 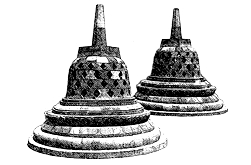 Our ancestors experimented with all types of leaves, flowers, roots and tubers to discover what useful properties they hold. Various combinations of different ingredients were found to restore health and beauty.

It is with this sacred knowledge that the origins of traditional medicine is founded. It is an act of love to realize the properties of natural substances in an attempt to help another.

The government of Indoesia advises that only those brands of Jamu carryng the Indonesian Food and Drug Control Directorate (the DepKes RI number) should be consumed. (DepKes is the acronym for the Departmen Kesehatan, the Department of Health and RI stands for Republic of Indonesia)

Some smaller producers, however, simply cannot afford to pay the DepKes registration fees but still make excellent Jamu. In this instance, a Jamu specialist should be able to offer advice.

As a general rule, it is better to use jamu of reputable brand unless the Jamu specialist has been recommended as trustworthy.

To avoid fakes, purchase directly from us or from recognised merchants. Our items are not available on ebay Craiglist, or from unauthorised storefronts. We have received too many emails requesting for assistance for counterfeit items purchased on unauthorised sites.

In practice, there are generally two types of Jamu, factory made and those made by individual jamu makers. The former can boast GMP standards while the latter often boast authenticity to the original formulas. We cannot say which is better than the other, because there are many thousands types of Jamu, some have been in the market for generations while some are widely made by the few large Jamu pharmaceuticals.

Look for quality in Jamu. Here’s a list of established Jamu producers: