Butea Superba or Red Kwao Krua (not to be confused with Butea Monosperma or White Kwao Krua) is an androgenic herb originating in Thailand. It is widely used as an aphrodisiac and to reverse erectile dysfunction. The herb is popular amongst Thailand’s male populace for its presumed effects on aging and sexual drive.

Butea Superba has a rather unusual composition. It contains both phytoandrogens and phytoestrogens (plant male and female hormones, respectively), but it also has anti-estrogenic compounds, which perhaps act to even out the estrogenic properties of the plant.

In other words, Butea Superba helps to restore hormonal balance in men and alleviates testosterone decline.

100% Butea Superba fine ground powder. Our Butea Superba is made from grade A Butea Superba roots. They are oven dried and finely grounded for easy consumption. There are no additives, no fillers, no chemicals. The consistency of color is important.

Higher grades of Butea Superba is dark brown to brick red in color.  Darker color denotes the abundance of active substances of the ‘male’ Butea herb. 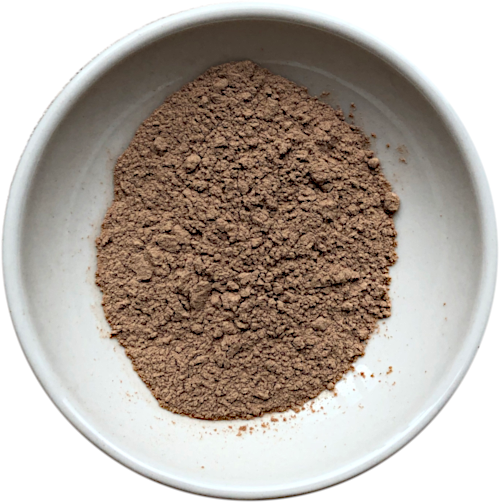 Phytoandrogens are substances produced in plants which have effects similar to testosterone in animals.

Antiestrogens, also known as estrogen antagonists or estrogen blockers, prevent estrogens  from mediating their biological effects in the body. They act by blocking the estrogen receptor (ER) and/or inhibiting or suppressing estrogen production. Men who are experiencing low testosterone, or “low T,” often have elevated levels of the hormone estrogen. One potential way to remedy this excess is to try an estrogen-blocking herbal supplement like Butea Superba, which can be a natural complement to low-T medications.

Estrogen is vital for men’s health. It supports the functioning of almost every area of the body, including the brain, heart, bones, muscles, and the immune system. However, if a man’s estrogen levels are too high, this can cause a number of health problems, including obesity and depression.

Testosterone levels tend to decrease with age. A 2016 study reports that levels of this hormone decline by 0.4–2.0 percent each year after the age of 30.

In some men, this decline leads to depression, reduced libido, erectile dysfunction, and fatigue.

‘ Androgen or testosterone is an important masculine hormone. It helps construct the male appearance.’ (https://www.ncbi.nlm.nih.gov/pmc/articles/PMC3354878/) It imparts characteristics of manliness to a male. This includes strength, physical endurance, assertiveness and 0ther alpha traits.

Butea superba has long been used as an aphrodisiac in traditional medicine in Thailand.

In a case study published in the Indian Journal of Endocrinology and Metabolism in 2012, a 35-year-old man taking locally prepared Butea superba supplements to try to reverse hair loss reported to his doctor that his sex drive had increased. Lab tests revealed abnormally high levels of dihydrotestosterone (DHT), a male sex hormone derived from the androgen testosterone. Low androgen levels are linked to decreased sex drive and erectile dysfunction in men, the study authors note.(Chaiyasit K, Wiwnaitkit V. Hyperandrogenemia due to ingestion of Butea superba. Indian J Endocrinol Metab. 2012)

The results show that long-term treatment with B. superba extract significantly increased the sperm concentration and delayed the decreased motility with time. None of signs of sperm anomalies and testicular damages were observed. This suggests that chronic use of B. superba increases the number of sperm, prolongs sperm motility in vitro while produces no changes on sperm morphology. Therefore, chronic use of B. superba alcoholic extract may be useful in fertilization.

100% Butea Superba fine ground powder. One Butea Superba is made from grade A dark red Butea Superba roots. They are oven dried and finely grounded for easy consumption. There are no additives, no fillers, no chemicals. The consistency of color is important. 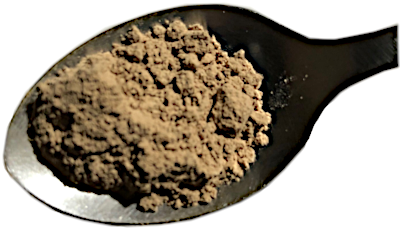 2. https://www.ncbi.nlm.nih.gov/pmc/articles/PMC4707424/Testosterone deficiency in the aging male

10. https://www.thieme-connect.com/products/ejournals/abstract/10.1055/s-2007-987278 Effect of Butea superba on penile erection and sperm production in rats

11. https://www.ncbi.nlm.nih.gov/pmc/articles/PMC3354878/ Hyperandrogenemia due to ingestion of Butea superba 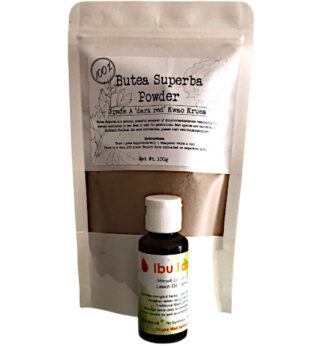