3 in one formula Manjakani, Catechu and Kayu Seraphat

Manjakani is an ingredient which has been known for a long time due to its secret charming properties or Sarirapat. Almost all women of the middle east, Mediterranean, Indian Subcontinent, Malaya Peninsula and also Indonesia have used Manjakani in their formulas to maintainvitality in husband-wife relationships and also to overcome feministic complaints. This Manjakani_Peraphat is one of the genuine formula that is prepared by an expert whi is also the descendent of the famous originator.

The astringent action of Manjakani  reduces inflammation and inhibits the growth of microbes, which helps reducing discharge due to vaginitis or leucorrhea. Manjakani Peraphat  helps overcome bad odor from genital areas. Manjakani Peraphat  is highly beneficial for dealing with post birth body, where sagging breasts, vaginal looseness are common conditions.

Manjakani Peraphat is produced from carefully selected ingredients under the supervision of experienced pharmacists.

Manjakani is formed from the leaves known as quercus infectoria (scientific name) with the presence of wasps known as cynips tinctorial or cynips gallaetinctoria. The effectiveness of manjakani has been proven especially in treating vaginal discharge, sore throat, ulcer, and also skin problems.

Studies have shown that manjakani is rich in tannins, vitamin A and C, calcium, and gallic acid, fiber, protein and carbohydrates. Besides that, manjakani also contains the elements of astringency, anti-microbes, and anti-inflammatory.

Some Usage for the Jamu Manjakani Perapat (instructions inside box): 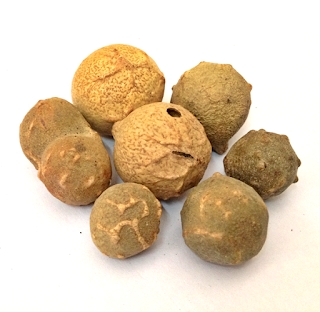 This ball like ‘fruits’ form, when the leaves of the oak tree are stung by wasps. The leaves are protecting themselves by forming a round hard ball, which we call ‘Manjakani’. Manjakani contains tannin and small amounts of gallic and ellagic acid, which have antimicrobial qualities and are used in the Indonesian Archipelago by women after childbirth to restore the elasticity of the uterine wall. 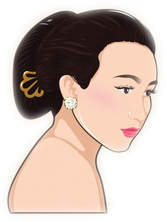 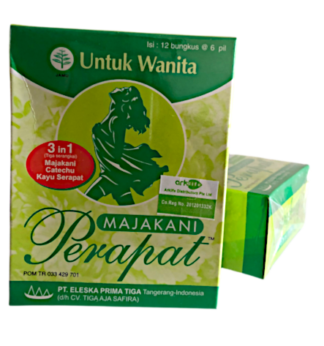