A native formulation of Guangxi, an autonomous region of China

This TCM formula has the special function to strengthen kidney yang and congenital jing. Tonifies the lung yin, strengthen Qi and nourishes the blood.

The kidney’s main function is to store “jing”, an essence that contains all the critical ingredients needed to make new life, and controls the maturation of sexual instinct. Insufficient kidney jing, qi or yang therefore, affects sexual function directly.

A famous Chinese doctor named Zhang Jie Bin (approximately 1563-1640) wrote “there are two kidneys, (kidney yin and yang), with the Gate of Vitality between them. The kidney is the organ of water and fire, the abode of yin and yang, the sea of essence, and it determines life and death.”

Congenital jing comes from the parents and determines basic constitution; it cannot be altered, but it can be positively influenced by acquired jing. Acquired jing is produced from food by the spleen and stomach, stored in the kidney and circulated in the body. Congenital and acquired jing have a promoting/ controlling relationship with each other and their interaction produces kidney jing; all three play a part in determining growth and development, sexual maturation, reproduction, and aging. ( Maciocia, G. (2005). The Foundations Of Chinese Medicine: A Comprehensive Text For Acupuncturists And Herbalists. Philadelphia, MA: Elseverier Churchill Livingstone. 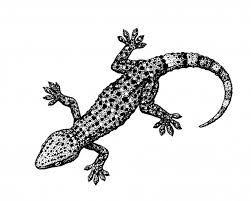 Gejie is a kind of lizard which the zoological name is called Gekko gecko Linnaeus. Gejie is a  rare specialty of Guangxi. It is a well known ingredient for strengthening body and the internal organs. This ingredient is also used in the treatment of premature ejaculation and thin semen. Practioners know that medicinal Geckos are known to mate for a few days at a stretch. Hence its 1000 year old history.

The company specially selects Geji as the main ingredient with other proper medicines, such as ginseng, antler, etc, from which the pills are extracted and prepared.

General weakness, weakness due to long illness, or during a chronic disease, overfatigue due to excessive work, degenerative conditions, over-urinating, lumbago due to deficiency of the kidney and liver, difficulty breathing, chronic cough (with or without phlegm).

NOTE: This formula can be very stimulating and should not be taken by those with YIN deficiency heat.  Also, do not take during common cold or similar condition. Not suitable for pregnant women.

In general terms, yin deficiency means over-heating. Or too hot versus too cold.

The body is a balance of yin and yang. Perfect health is when both yin and yang is in equilibrium. one side can become stronger than the other and imbalance occurs. Tonics are often yang in nature. However, excessive yang will cause imbalance.

When the body becomes too yin (cold), it becomes weak and sexual performance suffers. That is why tonics such as this nourishing formula promote the yang of the body.

2 to 3 times a day. Two to four capsules each time. Tip: Take half dose if you are 35 years old and below unless you tend to feel weak often 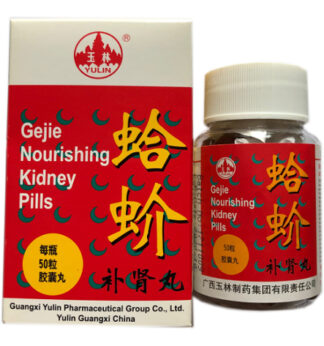